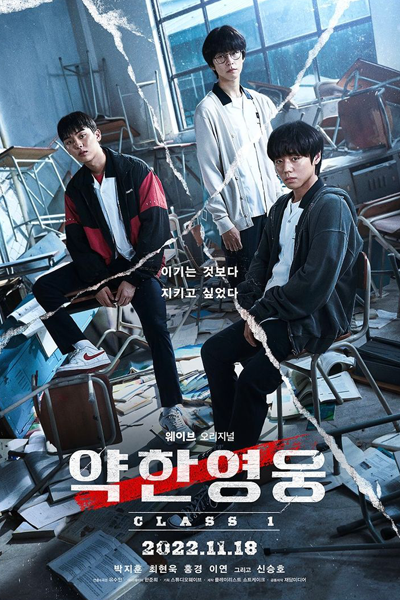 Yeon Shi Eun is a model student, who ranks at the top at his high school. Physically, Yeon Shi Eun appears like a weak boy, but, by using his smarts, tools, and psychology, he fights against violence that takes place inside and outside of his school. Adapted from the webtoon "약한영웅” written by SeoPass and illustrated by Kim Jin Seok.
Comment
Related
RANDOM