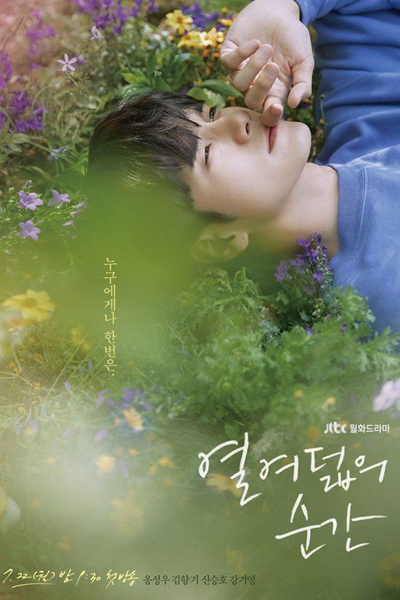 Transfer student Jun Woo has no interest in school life, as he is traumatized from being expelled from bullying. Class president Hui Yeong greets Jun Woo warmly on his first day of school. Jun Woo rejects Hui Yeong’s kindness as Hui Yeong’s popularity and influence intimidate him. When an incident breaks out, Jun Woo is falsely accused of stealing a watch. Everyone thinks Jun Woo is the culprit, and Hui Yeong uses his influence among his peers to fuel this rumor. Meanwhile, Soo Bin has been watching Jun Woo all this time. She sees a different side to Jun Woo than the one that other people see, as she notices his cute, goofy streak and innocent smile. Everyone knows that Hui Yeong has a crush on her, but it’s the quiet and attentive Jun Woo that Soo Bin finds herself gravitating towards. Soo Bin’s warmth opens up the softest part of Jun Woo’s heart, and he decides to break out of his shell. As the seasons change, will these youths also turn over a new leaf? "At Eighteen" captures the innocence of first love as these eighteen-year-old teens between immature and innocent.
Comment
Related
RANDOM