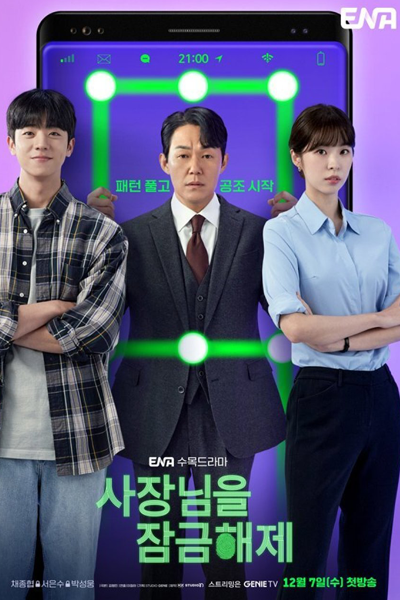 The 39-year-old Seon Ju, a genius CEO of a large corporation who accidentally died and became a smartphone, and In Seong, a 29-year-old job seeker who accidentally picked up the smartphone, work together to find the killer. Adapted from the webtoon "Unlock the Boss" (사장님을 잠금해제) by Park Seong Hyun (박성현).
Comment
Related
RANDOM