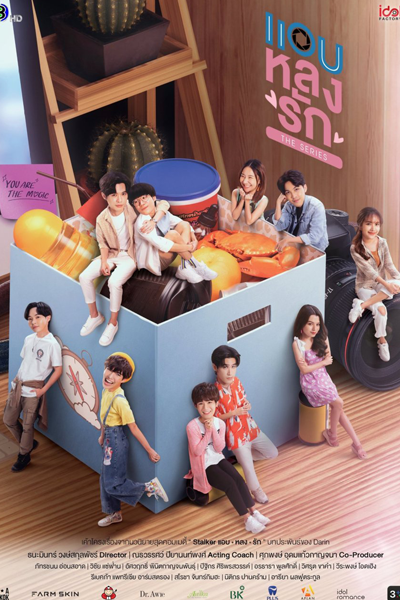 Discover the secret of a nerdy young man who falls in love with a third-year senior. Because his dream is so far from reach, observing is the only thing he could do. “Kaojao told me I was falling in love. Som said I was seriously sick. Daisy said I was gay. But I think I’m a completely novice stalker.” But what happens when one auspicious day the world devises an opportunity for Toh to make himself known to Neua, the person he has been in love with for a long time. The unforeseen opportunity produces head-spinning chaos for Toh and the gang. Whether Toh keeps his love a secret that must be hidden or acts with daring and recklessness, the heart is not up to it and the opportunity is not easy to find. Will this work or will it fail? What will a beginner stalker do with his love?
Comment
Related
RANDOM