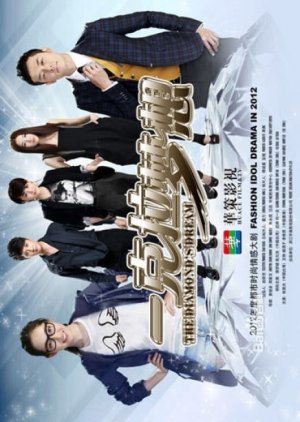 Liu Mei Li (Jiang Meng Jie) is a naive and ambitious girl who has a dream. Her dream is to become an internationally renowned designer and the first step she takes is going on China's "Dream" fashion show. Although things did not turn out well, she called attention to another pressing matter- that is her desire to find her long lost sister. Refusing to give up her dream of becoming a designer, she tries to find a job and meets the company's general manager, Zhou Xuan (Yao Yuan Hao). Both of them are tangled in a complicated love-hate relationship. Xie Jing Hua (Liu Yi Han) is Mei Li's best childhood friend but she works in the opposing company, Tian Yi. Jing Hua has unrequited love for the company president's son, Ye Guang Yi (Chi Shuai). However, he is in love with a mysterious woman named Xue Li, who seems to be connected to Zhou Xuan. Mei Li gets trapped within the battles going on between her work life and her social life. Despite all the trouble brewing up, Mei Li maintains an optimistic view, holds onto her dreams, and extends this warmth to the people around her, like a diamond shining in the dark.
Comment
Related
RANDOM